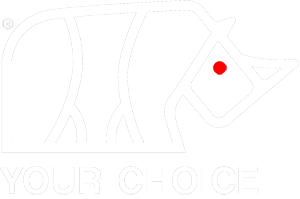 You are here: Home » News » welding of hot rolled and normalized steel

Hot-rolled and normalized steel in low-alloy high-strength structural steel and alloy structural steel species with a low total content of alloying elements, and the mass fraction of carbon is generally less than 0.25%. Therefore, on the whole, the weldability is better. The general strength level is relatively low hot-rolled steel, such as Q295 (09MnV), Q295 (09MnNb), Q295 (12Mn), etc. weldability is close to that of low carbon steel. However, as the strength level increases, the weldability gradually becomes worse, such as 18MnMoNb, 14MnMoV and other normalized steels, which require some process measures to be welded.

This type of steel generally does not have the problem of hot cracking as long as the content of C, S and P does not exceed the standard and does not produce local area segregation, and at the same time, the C, S and P in the weld metal is strictly controlled.

However, due to the addition of a certain amount of alloying elements in the steel, the hardening tendency of the steel increases and cold cracking problems exist. Especially for steels with higher strength levels such as 18MnMoNb, 14MnMoV, etc. the cold cracking tendency is relatively large. The cold cracking produced is generally delayed cracking, so the welding requires strict control of the hydrogen in the weld, the cooling rate of the joint and the constraint of the joint.

When hot-rolled and normalized steel has sheet sulfide or laminated silicate inclusions along the rolling direction, or dense inclusions of alumina in the same plane, this type of steel also has the sensitivity to lamellar tearing.